Memorial Day is observed each May, but how many of us actually know what Memorial Day is truly about—or its history? Some observe Memorial Day by doing things like visiting the graves of fallen soldiers and sharing meaningful Memorial Day quotes on social media, while others host a barbecue at the beach or shop sales at stores open on Memorial Day. But why do we do these activities, and how did this holiday come to be? Before the Memorial Day 2022 weekend gets here, read up on the holiday’s meaning and history (and don’t forget to brush up on the difference between Memorial Day and Veterans Day.)

When is Memorial Day?

Memorial Day was witnessed on May 30 from 1868 until 1970 but is now observed annually on the last Monday in May. What day is Memorial Day this year? In 2022, Memorial Day occurs on Monday, May 30.

Is Memorial Day always the last Monday in May?

Yes, Memorial Day falls on the last Monday in May. In 1971, the date of the holiday was officially changed to the last Monday in May per the Uniform Monday Holiday Act. This act also moved other holidays such as President’s Day and Martin Luther King Jr. Day to consistently be on Mondays. 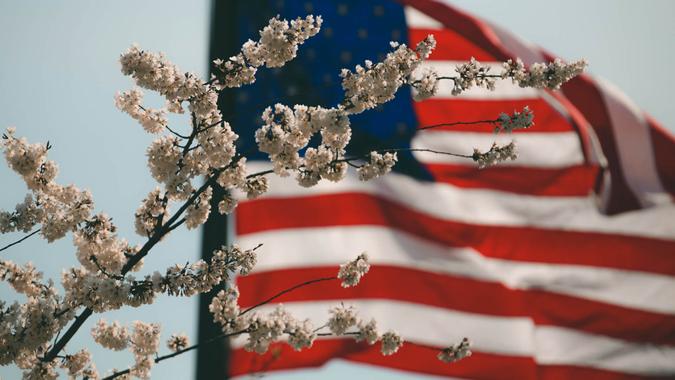 Why do we celebrate Memorial Day?

The history of Memorial Day

Originally known as Decoration Day, Memorial Day began with an idea from General John Logan as a way to honor the fallen soldiers of the Civil War. The first celebration on May 30, 1868, was held at Arlington National Cemetery with a crowd of 5,000 people decorating the graves of over 20,000 military personnel with flowers. Most experts believe General Logan planned the first Decoration Day for that day because Northern and Southern states would have flowers in bloom by then, though others believe the date was ideal because it didn’t coincide with the anniversary of any battles.

Various Washington officials, including General Ulysses S. Grant, presided over the ceremonies. After speeches, children from the Soldiers’ and Sailors’ Orphan Home, among others, made their way through the cemetery, strewing flowers on both Union and Confederate graves, reciting prayers, and singing hymns. Many also came prepared with a picnic lunch.

It wasn’t until after World War I that Memorial Day was expanded to honor all veterans who died in any American war. In 1971, Decoration Day became officially known as Memorial Day and Congress passed an act declaring it a national holiday. That same year, Memorial Day was moved from May 30 to the last Monday in May by President Lyndon B. Johnson. “This will…enable families who live some distance apart to spend more time together,” President Johnson noted in his official statement regarding what is now known as the Uniform Monday Holiday Act.

New York was the first state to declare Memorial Day an official holiday, followed by other northern states, but the southern states had their own designated day to honor fallen Confederate soldiers. The observances remained separate until the completion of World War I, when Memorial Day was changed to honoring the fallen Americans who fought in any war. Some southern states continue to honor the Confederate dead: January 19 in Texas; April 26 in Alabama, Florida, Mississippi, and Georgia; May 10 in North and South Carolina; and June 3 in Louisiana, Kentucky, and Tennessee.

There are a number of Memorial Day activities that families enjoy participating in every year, but there are also a few meaningful Memorial Day traditions you can honor.

Memorial Day poppies: People wear poppies to honor America’s war dead in a Memorial Day tradition that dates back to the poem “In Flanders Fields,” written in 1915 by John McCrae. Inspired by the poem’s image of red poppies scattered through cross-shaped grave markers, American Moina Michael and France’s Anna E. Guerin started selling artificial poppies as a fundraiser for children affected by the war. Now, many Americans pin a poppy on their shirt as a sign of respect.

National Moment of Remembrance: To ensure the sacrifices of America’s fallen heroes are never forgotten, President Bill Clinton signed into law “The National Moment of Remembrance Act” in December of 2000. The law encourages all Americans to pause wherever they are at 3 p.m. local time on Memorial Day for a minute of silence to remember and honor those who have died in service to the nation.

Hang your flag at half staff: Federal guidelines say the flag should be displayed at half-staff only until noon, then go up to full-staff until sundown.

Playing “Taps:” During the Civil War, a U.S. general thought the bugle call signaling bedtime could use a more melodious tune, so he wrote the notes for “Taps” in 1862. Another officer later used the bugle song for a funeral, fearing the traditional firing of rifles might sound like an attack. Now, “Taps” is a traditional part of Memorial Day celebrations.

Visit a local veterans cemetery: Some of the graves in a veteran cemetery are well maintained and decorated by families. Bring flowers and lay them by a grave that doesn’t have any.

As we noted a few years ago, Memorial Day isn’t just an excuse to take a long weekend and loaf around eating grilled meats—although those are certainly among the reasons to love the holiday.

So before you head out to your barbecues and pool parties, here are some facts about Memorial Day, everybody’s favorite summer kick-off holiday.

It was originally called Decoration Day

To honor the deceased, soldiers would decorate graves of their fallen comrades with flowers, flags and wreaths. Hence Decoration Day. Although Memorial Day became its official title in the 1880s, the holiday wouldn’t legally become Memorial Day until 1967.

It wasn’t always celebrated the last Monday of May

After the Civil War, General John A. Logan, commander in chief of the Grand Army of the Republic, called for a holiday commemorating fallen soldiers to be observed every May 30. But due to the Uniform Monday Holiday Act, which took effect in 1971, Memorial Day was moved to the last Monday of May to ensure long weekends. Some groups, like the veterans’ organization American Legion, have been working to restore the original date to set Memorial Day apart and pay proper tribute to the servicemen and women who sacrificed their lives defending the nation.

This year, Memorial Day falls on Monday, May 28. 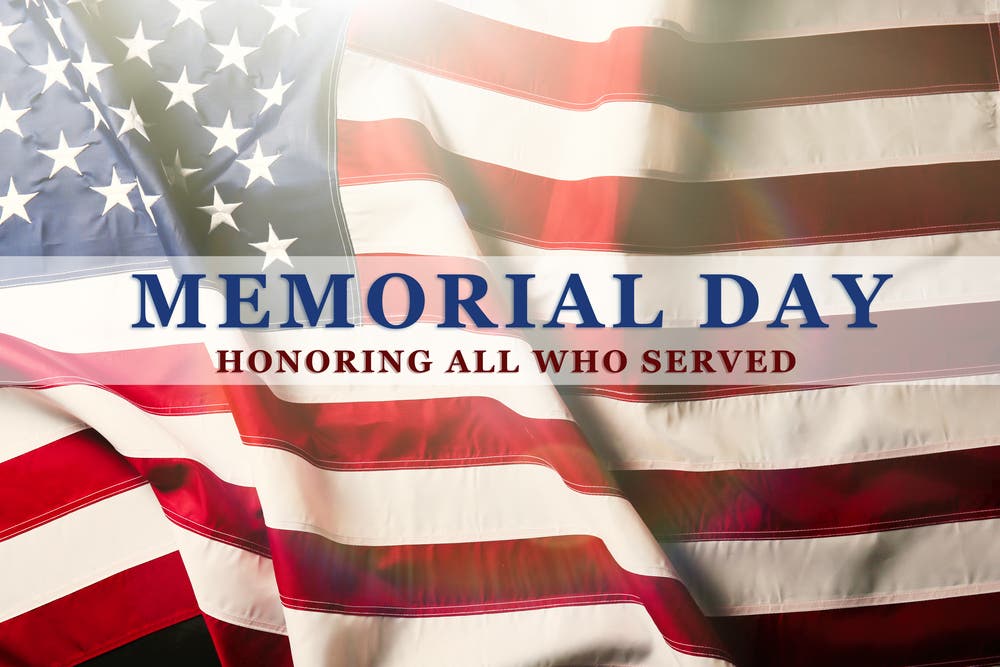 It’s legally required to observe a National Moment of Remembrance

In December 2000, Congress passed a law requiring Americans to pause at 3 p.m. local time on Memorial Day to remember and honor the fallen. But this doesn’t appear to be common knowledge, or if it is, by 3 p.m. most people seem to be too deep into a hot dog-induced food coma to officially observe the moment.

James A. Garfield delivered a rather lengthy speech at the first Memorial Day ceremony

Of course then it was still called Decoration Day, and at the time, Garfield was a Civil War General and Republican Congressman, not yet a President. On May 30, 1868, he addressed the several thousand people gathered at Arlington National Cemetery. “If silence is ever golden,” Garfield said, “it must be beside the graves of 15,000 men, whose lives were more significant than speech, and whose death was a poem the music of which can never be sung.”

In addition to the national holiday, nine states officially set aside a day to honor those who died fighting for the Confederacy in the Civil War: Texas, South Carolina, North Carolina, Alabama, Virginia, Louisiana, Mississippi, Tennessee and Georgia. The days vary, but only Virginia observes Confederate Memorial Day on the last Monday of May, in accordance with the federal observance of Memorial Day.

Waterloo, New York is considered the birthplace of Memorial Day

At least, according to AAA estimates. That’s the highest total since the recession.