If you weren’t raised as a Christian—or didn’t pay close attention in Sunday school—you might not understand the importance of this day.

Every Christian knows the tale: Jesus Christ died and rose again for the forgiveness of mankind’s sins, promising those who believe in him eternal life. Christians typically celebrate Jesus’s resurrection each spring on Easter Sunday, participating in Easter traditions like Easter egg hunts and gifting Easter baskets. But Good Friday, which is observed near the end of Lent and falls just days before Easter, doesn’t get the same attention: Only 12 states consider Good Friday an official holiday, and many people don’t know why they observe it to begin with. So what is Good Friday, anyway?

Simply put, Good Friday is the day for Christians to commemorate Jesus’s crucifixion. On this day, according to the Bible, the Jewish religious leaders—who had condemned Jesus the night before for claiming to be the son of God and king of the Jews—brought him to the Romans for sentencing. He was sent from Pontius Pilate to Herod and then back to Pilate, who ultimately sentenced Jesus to crucifixion—the highest form of criminal punishment at the time. Jesus was then beaten, forced to carry a heavy wooden cross through jeering crowds, and finally nailed to the cross by his wrists and feet, where he hung until he died, later that day.

What is the meaning of Good Friday?

Given its grim origins, calling this holiday “Good Friday” probably sounds counterintuitive. But the word “good” has a different meaning here. In this context, it “designates a day on (or sometimes a season in) which religious observance is held,” Fiona MacPherson, senior editor of the Oxford English Dictionary (OED), told the BBC. Put another way, the term refers to “a day or season observed as holy by the church,” per the OED.

How is Good Friday observed?

Despite its name, Good Friday is a day for somber reflection. Each Friday before Easter, Christians solemnly honor the way Jesus suffered and died for their sins. They might attend a service that recounts Jesus’s painful crucifixion, and some even refrain from eating to show their sorrow. Catholic churches strip their altars bare and muffle their bells as a sign of mourning, according to Catholic.org.

But Christians soon turn to happier festivities: On the following Sunday, they celebrate Easter—the day of Jesus’s resurrection—with church services, joyous songs, and family gatherings. They may also share Easter wishes, Easter quotes, and Bible quotes with loved ones.

Now that you know about Good Friday, read up on why Easter is on a different Sunday each year.

Good Friday 2022: Date, History, Significance and everything you need to know

This year, Good Friday will be observed on April 15, 2022 and Easter on April 17, 2022. But do you know why the day of Jesus Christ’s crucifixion came to be known as Good Friday? Read on to find out: 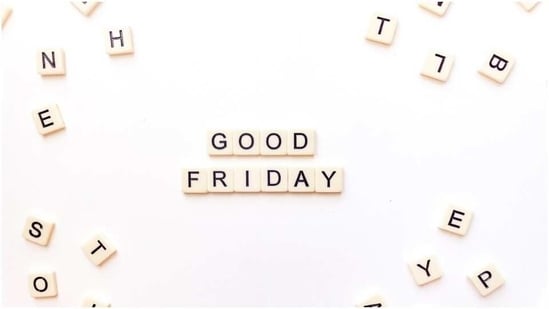 Every year Good Friday is observed on the Friday before Easter and this year it falls on April 15. According to the Church’s Lunar calendar, Easter is celebrated on the first Sunday after Paschal Full Moon which is on April 4th this year. It is on this that the Christians commemorate Jesus Christ’s crucifixion. It is a day of grief, penance and fasting for Christians all over the world. The day is also known as Black Friday for the same reason. Good Friday aka Holy Friday also marks the end of Lent which is a 40-day fasting period for Christians.

The History Behind It

Good Friday is about the crucifixion and death of Jesus Christ. According to many reports, it was on this day that Christ was arrested and executed. Good Friday is considered holy because on this day, out of his love for everyone, Jesus Christ gave his life as a sacrifice while suffering for the sins of people. It was because of this gesture that humanity got a fresh start and all their sins were dismissed. It is also said that the aforementioned crucifixion took place around AD 30 or AD 33.

Now the question that arises is – if the day has such a sad history, why is it known as Good Friday? According to belief, the term actually came from the words God’s Friday. However, there is another group of people that believe that ‘Good’ stands for Holy and that is why the day is also known as Holy Friday.

Though Jesus Christ was crucified on Good Friday, it was on Easter that the son of God resurrected, according to Bible. It signifies that good always wins and the fact that he went through so much suffering for the sins of humanity shows how much he loved everyone.

Good Friday meaning: The story behind the Easter date – and why the UK bank holiday is called ‘Good Friday’

Good Friday is one of the key dates in the holy week of the Christian festival of Easter.

It falls two days before Easter Sunday, which means it changes each year – the 2022 celebration on Friday 15 April. It can take place any time between 20 March and 23 April.

The day is marked by a bank holiday across the UK, and a slight easing of Covid restrictions means that many people will be looking forward to a well-earned day off.

What is the Christian meaning behind Good Friday?

Good Friday commemorates The Passion – the biblical story of the crucifixion of Jesus Christ at Calvary – before his resurrection is celebrated on Easter Sunday.

Although the precise date of Christ’s death is a source of much debate, biblical scholars tend to be in agreement that it came on a Friday on or near Passover, between 30-33AD.

According to the Bible, Jesus shared the Last Supper with his disciples on what is now marked as Maundy Thursday.

He was then betrayed by his follower Judas Iscariot, who revealed his location to Roman soldiers in return for 30 pieces of silver. 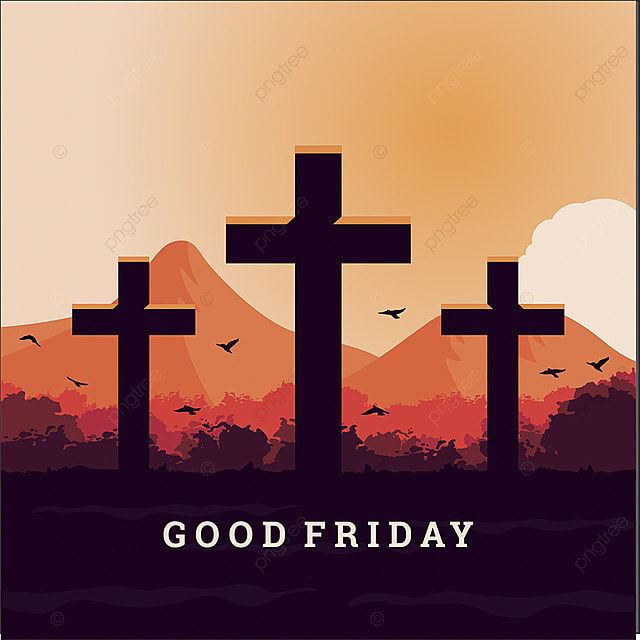 The New Testament’s four canonical gospels of Matthew, Mark, Luke and John all conclude with a detailed account from Jesus’s arrest to his eventual death.

Christ first faces a trial with the Jewish judicial body of the Sanhedrin, before a further hearing at the court of Pontius Pilate, the Roman governor of Judaea.

Although the Jewish authorities find him guilty of the blasphemous claim that he is the son of God, Pilate is unconvinced that his crimes warrant capital punishment.

However, the Roman leader is influenced by the gathered crowds, and despite literally “washing his hands” of the affair, he hands the prisoner over to be crucified.

The Bible says that it took Jesus six hours to die on the cross at Calvary, outside Jerusalem, ending his life with the famous words: “My God, my God, why have you forsaken me?”

Why is the bank holiday called ‘Good Friday’?

The death of Jesus is thought to have been commemorated by Christians as part of Easter’s Holy Week at least as far back as the fourth century.

On the face of it, the sobering subject matter of the observance jar with Good Friday’s distinctly upbeat name, which is first recorded around the late 13th century.

There is some dispute as to the origins of the label, with some suggesting that it is a corruption of “God’s Friday” and other experts stating that the adjective “good” is simply used to denote any holy day observed by the church.

But for many non-Christians, there’s no doubt why it could be considered a good day: it’s the start of a very long weekend.

Good Friday is one of eight bank holidays observed across the UK, which combined with Easter Monday gives many Brits four precious days off.

Although often referred to as a bank holiday, Good Friday was in fact an existing common law holiday, and so didn’t require to be officially denoted as such with the introduction of the Bank Holidays Act in 1871.