Ireland’s top diplomat warned that the lingering dispute between the United Kingdom and the European Union over post-Brexit border arrangements could lead to the “collapse” of institutions around a two-decade-old Northern Irish peace agreement if the two sides cannot break the impasse.

“The real threat here is the collapse of the institutions of the Good Friday Agreement, which would be very, very problematic,” said Simon Coveney, Ireland’s foreign minister, referring to the 1998 peace deal that ended a decadeslong war over Northern Ireland’s status as part of the United Kingdom.

“It means no government in Northern Ireland functioning as it should, it means damage to the east-west relationship between Dublin and London,” said Coveney, who spoke to reporters during a visit to Washington. Coveney emphasized that tensions over post-Brexit arrangements likely wouldn’t lead to a renewed surge in violence, however.

“It’s important not to talk up the possibility of violence. I think Ireland is in a very different space now to where it was two or three decades ago. I don’t think there’s likely to be wholesale violence in Northern Ireland,” he said. “Having said that, whether tensions around the protocol can result in the collapse of the institutions of the Good Friday Agreement, that is a very real threat.”

Coveney was visiting Washington after meetings in New York for the United Nations General Assembly. Ireland, which holds the rotating chairmanship for the U.N. Security Council this month, has played an outsized diplomatic role in chairing high-level U.N. meetings on climate security and the Middle East.

The United Kingdom’s exit from the European Union created a raft of legal and jurisdictional headaches for policymakers in Brussels and London as they tried to unspool decades of economic, trade, and legal integration. Ireland remains in the EU, while the United Kingdom, including Northern Ireland (which voted against Brexit), does not. That has led to fierce debates about how the EU could effectively manage a “soft border” with Northern Ireland.

Under the terms of the protocol agreed to after the United Kingdom left the EU, Northern Ireland will effectively remain part of the European Union’s single market when it comes to trade, following the bloc’s rules on agriculture and produce, with customs inspections instead taking place before goods reach Northern Ireland from the rest of the U.K. The deal was intended to prevent the need for a hard border on the island of Ireland, which many feared could inflame tensions in Northern Ireland, where sectarian conflict raged for about three decades during the latter half of the 20th century.

The United States, which helped broker the so-called Good Friday Agreement in 1998 that effectively ended the era of violence, has warned that post-Brexit disputes could undercut two decades of peace in the region. House Speaker Nancy Pelosi, on a visit to London last week in which she met British Prime Minister Boris Johnson, told a think tank audience that any threat to peace in Northern Ireland would make the prospect of a U.S.-U.K. trade deal “very unlikely.” U.S. President Joe Biden has made similar warnings since the campaign trail.

The protocol came into effect at the beginning of January but has been waylaid by, of all things, the “sausage war.”

The EU does not allow chilled meats to be shipped into the bloc, meaning that Northern Ireland could be deprived of its British bangers. A grace period was put in place, but the U.K. government has now said that it wants to reduce the amount of checks imposed on its products before they are shipped into the EU’s single market, prompting a standoff with Brussels.

Coveney said EU-U.K. talks over the matter are ongoing. “Where the discussion is at right now is the European Commission is looking at ways in which they can reduce what is seen as the burden of the protocol on Northern Ireland, for Northern Ireland, while at the same time absolutely not compromising on the need to protect the integrity” of EU borders.

Johnson also visited Washington this week, between meetings at the U.N. General Assembly in New York, and discussed the matter with Biden. Biden warned Johnson not to let the standoff over trade imperil the peace in Northern Ireland that followed the signing of the Good Friday Agreement in 1998. “On the protocols, I feel very strongly about those,” Biden said. “We spent an enormous amount of time and effort in the United States. It was a major bipartisan effort made. And I—I would not at all like to see—nor, I might add, would many of my Republican colleagues like to see—a change in the Irish accords that—the end result having a closed border again.”

British leaders have suggested that Biden just doesn’t get it. Speaking to Britain’s Sky News on Wednesday, U.K. Environment Minister George Eustice said that Biden didn’t “fully appreciate” the nuances of the Northern Ireland protocol, noting that the arrangement was “very complicated.” Coveney and others beg to differ. “Let’s just be clear, the understanding in Washington on what’s happened here is not in question. And anybody who questions it essentially is trying to create a distraction from the real discussions,” he said.

Anne Anderson, who served as Ireland’s ambassador to the United States during the Obama administration, told Foreign Policy after the U.S. elections last year that Biden “knows these issues backward,” adding, “we don’t need to educate him in any way about the Good Friday Agreement and its importance to the north-south relationship on the island.”

Chairman Keating, Ranking Member Kinzinger, distinguished members of the subcommittee, thank you for the invitation to discuss to discuss the importance of protecting the Good Friday Agreement from Brexit. Although Northern Ireland was rarely discussed during the 2016 Brexit referendum campaign, the challenge of addressing the region’s unique status has become the biggest obstacle to finalizing the United Kingdom’s (U.K.) withdrawal from the European Union (E.U.). Northern Ireland is now frequently cited as a complication to be addressed in the Brexit context. But there has been insufficient consideration of how these contentious debates have already adversely affected the region, as well as the potential political and economic costs in the future. Although the United States served as an honest broker in Northern Ireland for years, the Trump Administration’s enthusiasm for Brexit has precluded it from playing this role now. 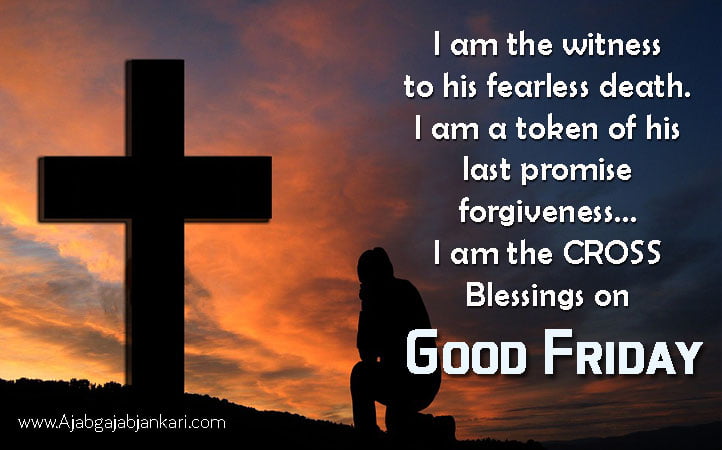 When the Republic of Ireland gained independence from the U.K. in 1921, the six northern counties comprising Northern Ireland remained part of the U.K. Its constitutional status has remained contested between the Protestant and predominantly unionist community, and the Catholic and largely nationalist community. This dispute resulted in decades of political violence and turmoil, known as the Troubles, which cost over 3600 lives.

The April 1998 signing of the Good Friday Agreement/Belfast Agreement[1] enabled a comprehensive approach to governance and security. It took constitutional debates off the table by declaring that Northern Ireland will remain part of the U.K. unless there is “the consent of a majority of the people of Northern Ireland voting in a poll.” On the security side, the U.K. government reduced its military presence (including dismantling army posts and watchtowers) and paramilitary groups decommissioned their weapons. The creation of a 108-member assembly with a power-sharing executive ensured both communities were represented in decision-making. The E.U. membership of the U.K. and Ireland made this fragile peace more viable by enabling connections and removing physical, economic, and psychological barriers. The E.U.’s single market coupled with the peace process permitted the gradual dismantling of customs posts and checkpoints along the border.

The Agreement, which marked its 20-year anniversary in April 2018, did not fully resolve past tensions. There were no peace commissions or reconciliation efforts, nor has there been a durable answer to the constitutional question. Yet Northern Ireland slowly began moving in the right direction. The new assembly focused on routine issues of governance. There was an influx of foreign investors, with Invest Northern Ireland counting nearly 900 international companies employing around 100,000 people.[2] Belfast, which was named by Lonely Planet as the best travel destination in 2018, opened a museum about the locally constructed Titanic, served as the location for “Game of Thrones” and other media productions, and attracted boutiques and hipster cafes to its city center. Relations also improved between the U.K. and Ireland, aided by the Agreement’s creation of “east-west” (British-Irish) institutions that enabled cross-border coordination of policies (such as on agriculture and the environment) and “north-south” institutions on the island. Queen Elizabeth made a state visit to Ireland in May 2011, the first trip by a British head of state since Irish independence. Unfortunately, Brexit debates have negatively affected these areas of progress.

A narrow majority of voters in the U.K. opted to leave the European Union in a June 2016 referendum. The complexities of Northern Ireland’s unique status have hindered efforts to finalize the divorce. As an E.U. member, the U.K. is part of its customs union and single market. After Brexit, it will leave both — raising the status of the Irish border to a customs border with associated checks and controls. In order to prevent this outcome given its negative practical and psychological effects, E.U. leaders and then-U.K. Prime Minister Theresa May agreed on a “backstop” provision. It said that unless and until alternative mechanisms were developed, the U.K. must remain in a customs union with the E.U. and Northern Ireland must comply with single-market regulations on goods.[3] The backstop proved unpopular domestically, contributing to parliament’s rejection of May’s deal three times. Northern Ireland’s Democratic Unionist Party (DUP), whose 10 MPs were propping up May’s minority Conservative government, opposed a special status for the region. Hardline Brexiteers feared the country could remain bound indefinitely by E.U. rules and unable to negotiate free trade deals. 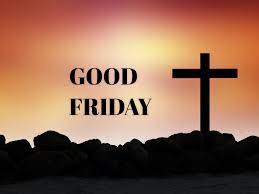 When Boris Johnson replaced May as prime minister last July, he vowed to revise the Brexit deal. Last week, he reached agreement with E.U. leaders to remove the backstop and replace it with a revised protocol for Northern Ireland[4] that would take effect as soon as the transition period ends (currently expected on December 31, 2020). Northern Ireland will remain in the U.K.’s customs territory and Value Added Tax (VAT) area, yet it will align with the E.U.’s rules in these areas. It will also remain mostly aligned to the E.U.’s regulations for goods. Four years after the end of the transition, the Northern Ireland Assembly will vote on whether to continue these arrangements.[5] With the exception of the consent mechanism, the protocol is similar to the Northern Ireland-only backstop initially proposed by the E.U. and rejected by Theresa May.

Northern Ireland’s Democratic Unionist Party (DUP) opposes the region’s differential treatment, including the application of E.U. VAT rates and the introduction of a customs border in the Irish Sea, as well as the complex consent mechanism. Although the protocol is more favorable for the U.K. overall, it has raised broader concerns about the longer-term effect of these mechanisms on Northern Ireland. The former British negotiator to Northern Ireland, Jonathan Powell, was sympathetic to DUP concerns.[6] He noted the border in the Irish Sea would grow as the U.K. diverges in regulatory terms, while the introduction of simple majority voting could undermine the principle of cross-community governance. Yet Lord David Trimble — the former leader of the Ulster Unionist Party (UUP) and former First Minister of Northern Ireland who opposed the backstop — has urged the DUP to support the revised deal, which he believes is consistent with the Good Friday Agreement. The DUP is not propping up Johnson’s government, which is far short of a majority given several Conservative defections and the expulsion of members who voted against the government; however, the party’s opposition requires Johnson to find supporters elsewhere.

At the time this testimony was submitted, it was unclear if the British parliament would ratify the revised deal. The U.K. government, as mandated by parliament, has asked the E.U. to extend the current October 31 deadline to prevent a no-deal Brexit.