Consuming as much chocolate as possible has become a favourite Easter tradition.

But the date we tuck into our eggs in 2022 will fall later in April than last year, as the Easter weekend varies annually. The date of Easter Sunday falls on the first Sunday after the first full moon – following the spring equinox in March.

This also affects the two Easter bank holidays dates for 2022.

So, when is Good Friday and Easter Monday? This is all you need to know.

The dates of Easter Sunday, and therefore Good Friday, Holy Saturday and Easter Monday, vary each year due to Easter always falling on the first Sunday after the first full moon that follows the spring equinox.

Equinoxes occur twice a year and are the point when the northern and southern hemispheres experience roughly the same amount of day and night as each other.

This year, the first full moon after Monday, 21 March is Sunday, 10 April – therefore Easter Sunday lands on Sunday, 17 April in 2022.

Good Friday – the day Jesus’ crucifiction is commemorated – will land on 15 April.

The Bank Holiday weekend is falling later this year than in 2021 – all because of the sun and moon cycle (image: Shutterstock)

When is Easter Monday?

This year Easter Monday will be observed on 18 April.

It is believed that Jesus remained on earth for 40 days after his resurrection, and during this time he appeared to believers, healed the sick and spread the word of God. 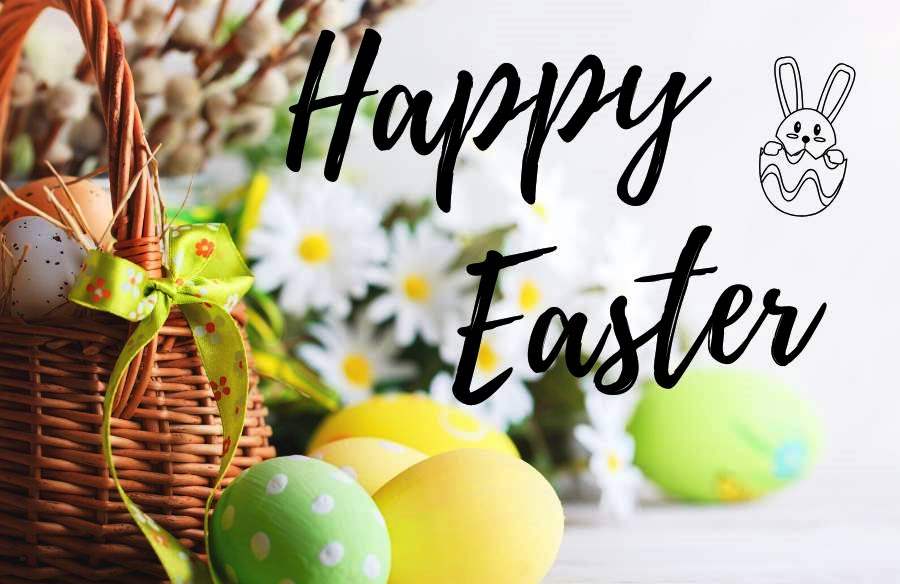 The acts he carried out during this period are thought to have helped establish the first church. After the 40 days ended, Christians believe that he ascended into heaven.

The Bible itself does not say anything about what happened on Easter Monday, after Jesus’ resurrection, and it also doesn’t specifically instruct Christians to celebrate the Monday following Easter Sunday.

But across the globe, different cultures celebrate the day for different reasons. For some it’s a more solemn remembrance of Christ’s death and subsequent resurrection, which is marked with an outdoor procession.

For others there’s a more playful element to celebrating the day, like holding Easter egg-rolling competitions. Rolling Easter eggs is traditionally meant to symbolise the rolling of the stone from the tomb where Jesus was held.

Will 2022 have an extra bank holiday?

It was announced in November last year that in 2022 we will get to enjoy an extra bank holiday to mark the Queen’s Platinum Jubilee.

The government said in a statement that the UK would celebrate the Queen’s 70th anniversary as monarch with “a blockbuster weekend of celebrations”.

The Spring bank holiday will be shifted to Thursday, 2 June and an additional bank holiday on Friday, 3 June will usher in a four day weekend to celebrate the Platinum Jubilee.

The Platinum Jubilee is the first time any British monarch has reached this milestone.

Bank holidays in England and Wales in 2022

These are the remaining bank holidays for England and Wales in 2022:

What is Easter Weekend? 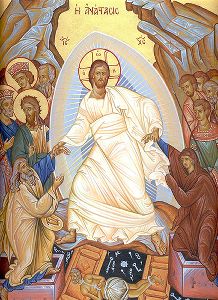 Easter Sunday is the day on which, according to the Canonical gospels, Jesus rose again from the grave after his crucifixion on Good Friday. Easter Sunday celebrates his resurrection and is the oldest and most important festival of the Western Christian year. It is the culmination of Holy Week (but not part of it) and the first day of the Easter Week as well as the first day of Eastertide.

The Friday preceding the Easter Weekend, Good Friday, is a public holiday in some countries with Christian traditions, and the Monday following the Easter Weekend, Easter Monday, is a public holiday in most Christian countries, thus creating an extra long weekend. Both days are not federal holidays in the United States, but are state holidays in some states.

The next occurrence of Easter Weekend is marked in red. 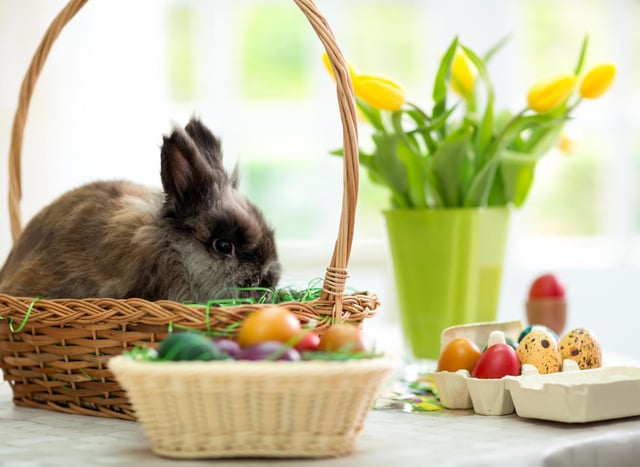 As warmer weather finally arrives in the UK with the onset of spring, many of us are looking forward to the Easter holidays in 2022.

The Christian holiday celebrating the resurrection of Jesus Christ after his crucifixion in Jerusalem is one which has been observed for centuries, with traditions gradually changing across the decades.

In the 21st century, Christians across the world celebrate Easter by trading chocolate Easter eggs, attending mass on Easter Sunday and indulging in temptations given up during lent.

Here’s when Easter and the easter weekend will fall this year – and why Easter and Good Friday are slightly later in 2022.

Lent for the year 2022 began on Wednesday March 2 and will end on Thursday April 14 with evening mass on Holy Thursday.

The 40 day observed festival sees many Christians across the world decide to give something up for the duration of lent to pay tribute to Jesus Christ’s sacrifice in the days leading up to his death and resurrection.

Traditionally, Christians would fast or observe abstinence throughout the 40 days of lent, repenting and reflecting on their sins, as well as resisting temptation – as Jesus did during his 40 days of fasting and prayer during the desert before dying on the cross, according to the Gospels of Matthew, Mark and Luke.

Lent begins on the day known as Ash Wednesday, which is still commonly observed in the Western world with priests marking the foreheads of mass attendees with ash in the shape of a cross as they recite the dictum: “Remember that you are dust, and to dust you shall return.”

These ashes are derived by burning palm leaves used in the previous year’s Palm Sunday rites.

Its final week, known as Holy Week, begins on Palm Sunday and ends on Holy or Maundy Thursday, followed by Good Friday.

The end of lent on Holy Thursday is followed by Good Friday – in which Christians often exchange hot cross buns to commemorate Jesus’ crucifixion by the Romans following his sentencing by Pontius Pilate. 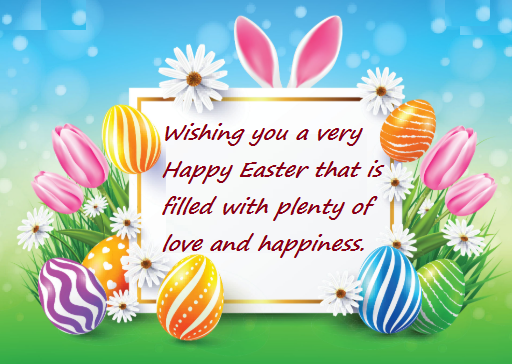 The Sunday holiday dedicated to Easter celebrations can take place any time between March 22 and April 25 in accordance with lunar patterns and the ecclesiastical calendar.

Easter can be celebrated between 22 March and 25 April due to a set of calculations based on observations of the moon using the Church’s ecclesiastical calendar.

A Christian holiday, which celebrates the resurrection of Jesus, Easter is celebrated on the first Sunday following the first full moon – Paschal – that occurs on or after the spring equinox.

The spring equinox is when day and night are the same length and occurs each year and is set on 21 March in the ecclesiastical calendar, even if this differs from the astronomical date.

In 2021, the first full moon after the spring equinox is scheduled for Sunday 28 March, meaning Easter will be celebrated the following Sunday on 4 April.

When does the Easter Bunny come? Story behind the famous rabbit we celebrate at Easter – and when he delivers chocolate eggs

This is due to the fact that it falls on the first Sunday following the first ecclesiastical full moon (known as the ‘Paschal’) after the spring equinox.

This year’s Easter Sunday is the latest it has fallen in the Western Gregorian calendar for three years, having fallen on April 21 in 2019.

In 1943, however, Easter Sunday did not arrive until on Sunday April 25 – as the last ecclesiastical full moon preceding the Paschal did not take place until Saturday March 20.

But Easter dates can also differ depending on whether it is being worshipped according to the Gregorian calendar or the Julian calendar – used by Eastern Orthodox Christians.

The 13 day gap between these two calendars means that dates can vastly differ, with the Eastern (Julian) Easter Sunday taking place on Sunday April 24 in 2022.

When is the Easter bank holiday in 2022?

This means that in 2022, the Easter bank holiday will fall on Monday April 18.

For some areas in Scotland, such as Edinburgh, children will likely already be on holiday during this period.

But for pupils in England, many of whom are due to return to school on April 18, will get an additional day off for Easter Monday’s bank holiday.

Conversely, Good Friday, held as part of the extended Easter weekend, is only observed as a bank holiday in Scotland.