No, Easter isn’t a national holiday in the United States.

EASTER IN THE U.S.

Easter, which falls on the first Sunday following the first full moon after the March equinox, celebrates Jesus Christ’s resurrection from the dead three days after his crucifixion. While primarily a Christian holiday, like Christmas, it has also become a cultural celebration centered around brightly decorated eggs, chocolate, scavenger hunts, and rabbits.

While the following day, Easter Monday—also known as “Bright Monday” or “Renewal Monday”—is a public holiday throughout most of the world, this isn’t the case in the United States. It was a public holiday in North Carolina from 1935 to 1987. A lot of public schools and universities are closed on Easter Monday, and often Good Friday too, falling under the umbrella of spring break.

HOW THE WORLD CELEBRATES EASTER

Easter Monday is a public holiday in 116 nations throughout the world, including Australia, Austria, Germany, Egypt, Ireland, United Kingdom, Spain, Ghana, Fiji, France, Hong Kong, Italy, Kenya, Poland, Russia, and South Africa. However, not all observations are directly centered around the Christian tradition. In Ireland, it’s a day of remembrance for the men and women who died during the Easter Rising in 1916. In Egypt, the ancient festival of Sham El Nissem (literally meaning “smelling of the breeze”) falls on the same day, marking the beginning of spring.

Some nations even recognize Easter Tuesday, including Cyprus, a national bank holiday; New Zealand, a mandatory holiday in the public education sector, and the Australian island state of Tasmania, a legal holiday for some workers.

Easter Sunday is now a public holiday in Western Australia.

The Public and Bank Holidays Act 1972, which specifies public holidays for Western Australia, was amended by the Industrial Relations Legislation Amendment Act 2021 to make Easter Sunday a public holiday. These provisions commenced on 12 Februrary 2022.

This brings Western Australia into alignment with Victoria, New South Wales, Queensland and the Australian Capital Territory, which all observe Easter Sunday as a public holiday.

For employers and employees in the state industrial relations system, the Minimum Conditions of Employment Act 1993 has been amended to recognise Easter Sunday as a public holiday. This ensures that full time and part time employees who are not required to work on Easter Sunday, solely because that day is a public holiday, are entitled to their usual pay.

Implementation arrangements have also been introduced for state system employees covered by WA awards and industrial agreements, which are detailed below.

Employees who are required to work on Easter Sunday are therefore entitled to receive any applicable public holiday penalty rates in their WA award or agreement on this day, rather than normal Sunday pay rates.

Clause 14(1)(a) of the Shop and Warehouse (Wholesale and Retail Establishments) Award lists certain days that are to be paid public holidays, while clause 13(6) provides that work performed on a public holiday must be paid for at the rate of double time and a half. Under the implementation arrangements, full time and part time employees who would normally work on Easter Sunday are entitled to a paid public holiday, or if they are required to work, they are entitled to be paid double time and a half.

Clause 14(1)(b) of the Shop and Warehouse (Wholesale and Retail Establishments) Award substitutes public holidays to the ‘next succeeding Monday’ where they fall on a Saturday or Sunday. Under the implementation arrangements, this does not apply in the case of Easter Sunday.

Clause 17(1)(b) of the Restaurant, Tearoom and Catering Workers Award provides that where a public holiday falls on an employee’s rostered day off, the holiday is ‘observed on the next rostered working day’. The implementation provisions do not affect substitution in this instance, as the reason for the substitution is not because Easter Sunday falls on a weekend, but because it falls on a rostered day off. The Easter Sunday public holiday would therefore be observed on the employee’s next rostered working day.

Easter is regarded as the most important of holy days by Christians, and in Pakistan it is celebrated with a holiday for Christians on Easter Monday.

Note: Easter Monday is observed by Christians only.

The date of the holiday changes each year based on the centuries-old calculations that determine the Christian Ecclesiastical Calendar, such that the date of Easter Sunday can be anytime between 22 March and 25 April.

Easter Sunday around the world in 2022

When is Easter Sunday?

Easter Sunday is the most important date in the Christian church.

In the bible, it is the day when Mary Magdalene found that an empty tomb in the cave in which Jesus had been placed following his death by crucifixion on the previous Friday.

It signifies the end of the 40 days of Lent, meaning Christians who gave up something during lent to signify Jesus’ time in the wilderness, can indulge themselves again.

Easter Sunday is also when church bells will be rung again, having been silent during Lent.

Why is it called Easter?

The name Easter is derived from ‘Ostara’ or ‘Eostre’, a pagan goddess of fertility, whose feast was celebrated on the Vernal Equinox. The word East is also derived from her names, as is Oestrogen, the female hormone. In Saxon culture, the Hare was sacred to Ostara and the modern tradition of the Easter Bunny is a distant echo of that. 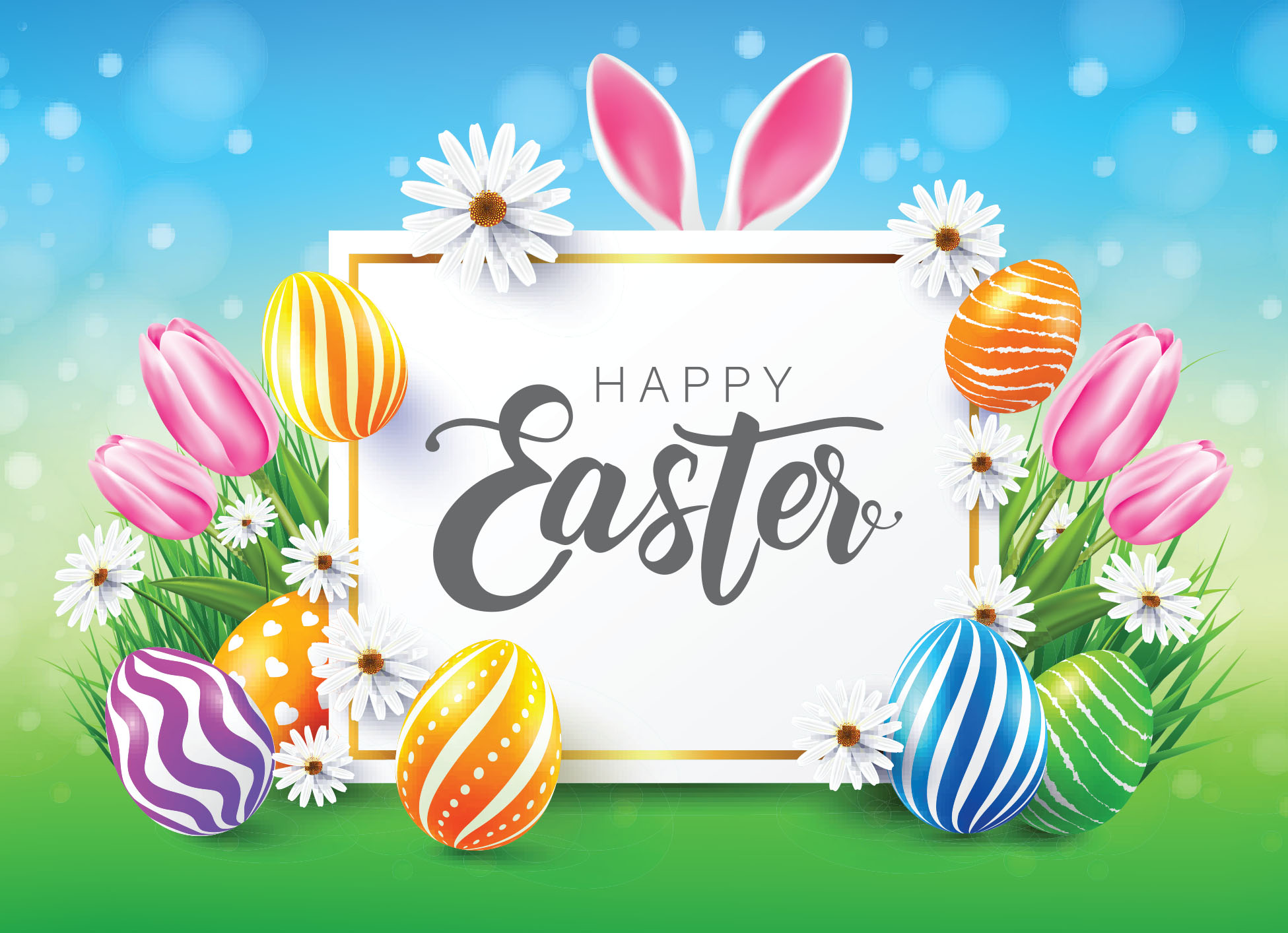 However, In most languages other than English and German, the holiday’s name is derived from Pesach, the Hebrew name of Passover, a Jewish holiday to which the Christian Easter is intimately linked.

Easter depends on Passover not only for much of its symbolic meaning but also for its position in the calendar. Read more about the date of Easter.

The Easter Bunny is now an established part of the Easter traditions. In Europe and America, the Easter Bunny visits the garden of children leaving chocolate eggs and treats for the children to find on Easter Egg hunts.

Rabbits and hares don’t have any direct connection to any Christian tradition and it is interesting to note that the pagan goddess, Ostara was always traditionally accompanied by a hare. The modern tradition derives from a German custom that was first recorded in the 16th century. It may seem strange for a rabbit to be laying eggs, but as eggs were part of the foods banned during Lent, then the reintroduction of eggs would have been a welcome treat, no matter how they arrived in the garden.

It was once thought that hares could give birth without conceiving, which may have made them a way of explaining the birth of Jesus to the Virgin Mary. It is also said that the sight of Rabbits appearing from their underground burrows is a reminder of Jesus appearing from the tomb after his resurrection on Easter morning.

On Easter Sunday, the traditional meat for dinner is lamb. The lamb was a sacrifice during the Jewish Passover, and it became a symbol for Jesus. It is also seasonal as Spring lamb is particularly tender and noted for its subtle flavour.