On March 8th of every year, people around the world celebrate the women in their lives. We do not only do this through shopping at women-owned businesses and through raising funds or resources for organizations that support women, we also traditionally gift flowers for International Women’s Day as a token of our appreciation, to celebrate women’s achievements, and to show our continuous support.

The Origin of International Women’s Day

International Women’s Day is a global day celebrating the social, economic, cultural, and political achievements of women. The day also marks a call to action for accelerating gender parity. Significant activity is witnessed worldwide as groups come together to celebrate women’s achievements or rally for women’s equality. International Women’s Day (IWD) has been observed since the early 1900’s – a time of great expansion and turbulence in the industrialized world that saw booming population growth and the rise of radical ideologies. This important day has an extensive and interesting history but really took off in 1908,  when 15,000 women marched through New York City demanding shorter hours, better pay, and voting rights. 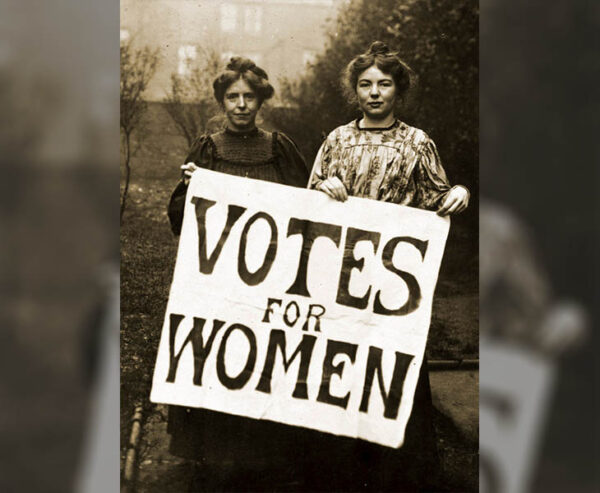 Every year, this day is celebrated and promoted through a theme that reflects current important topics in society. Where last year’s theme was #EachforEqual, the campaign for IWD 2021 is centered around #ChoosetoChallenge, according to the official International Women’s Day website. 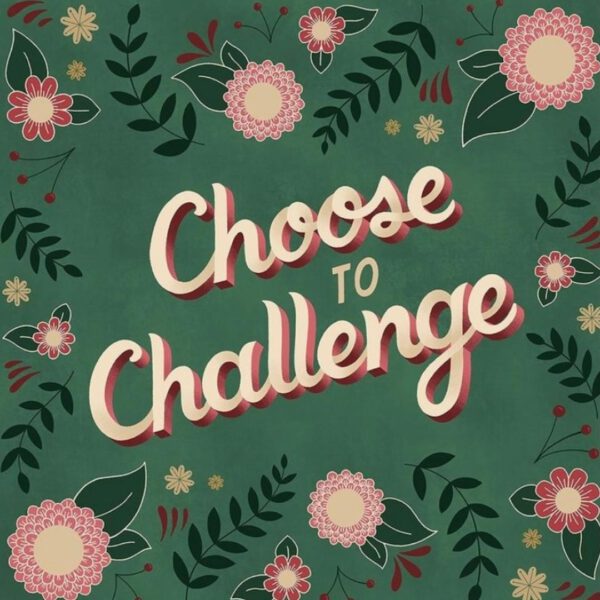 Gifting flowers on International Women’s Day has become a norm. Over the years, women and men alike have continued to give the gift of flowers to show their appreciation for the women in their lives. Although mimosa flowers have a special meaning and a part in the history of the long-celebrated holiday, there are other remarkable blooms out there that make the International Women’s Day celebration extraordinary and memorable. Purple, green, and white are the colors that are inextricably linked to IWD. Purple signifies justice and dignity. Green symbolizes hope. White represents purity, albeit a controversial concept. The colors originated from the Women’s Social and Political Union (WSPU) in the UK in 1908. 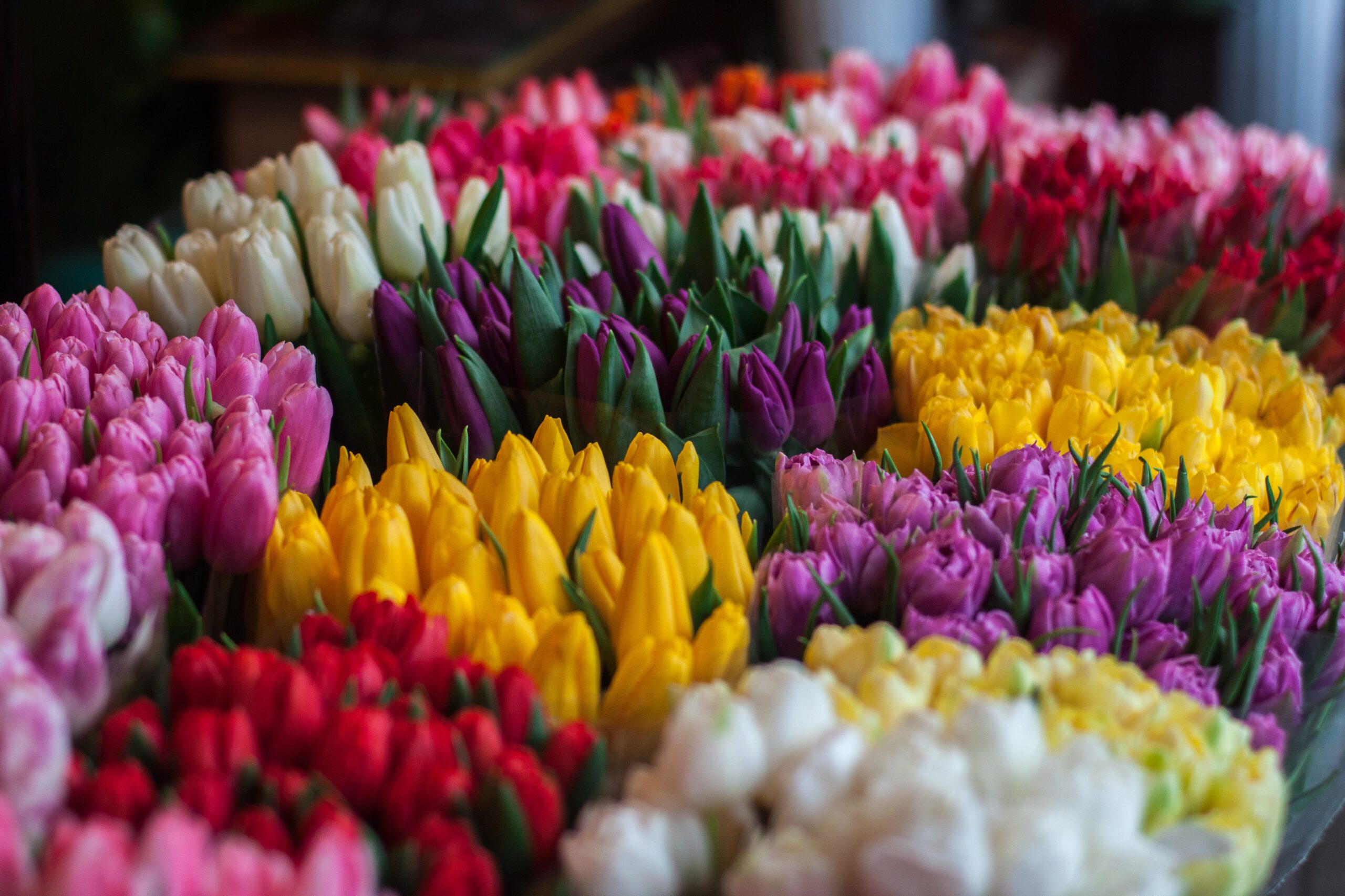 If you are planning to be a part of the flower-giving tradition this year, then here’s a quick flower gifting guide:

Mimosa is one of the symbolic flowers associated with International Women’s Day. This tradition originated in Italy but has spread across the globe. It isn’t exactly known why mimosa became a representative flower for this day, but it is often speculated that it has something to do with the seasonality of mimosa and their abundance during this time of the year. But other than that, it’s a perfectly cheerful flower that refers to sunlight and summer but symbolizes respect, elegance, dignity, and kindness. 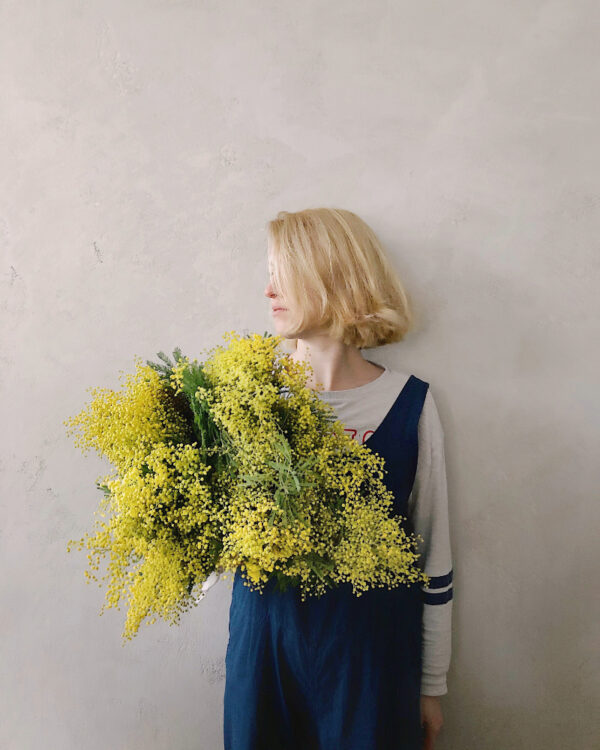 Gifting roses is always a good idea, even for International Women’s Day. Roses generally carry the meaning of love and romance, but each color of roses typically have their own specific meaning (which you can read more about in our article Different Colors of Roses and Their Meaning). In true IWD fashion, purple roses are an excellent pick. Associated with royalty, enchantment, passion, and sophistication, it is a great way to show your appreciation to the strong women in your life. 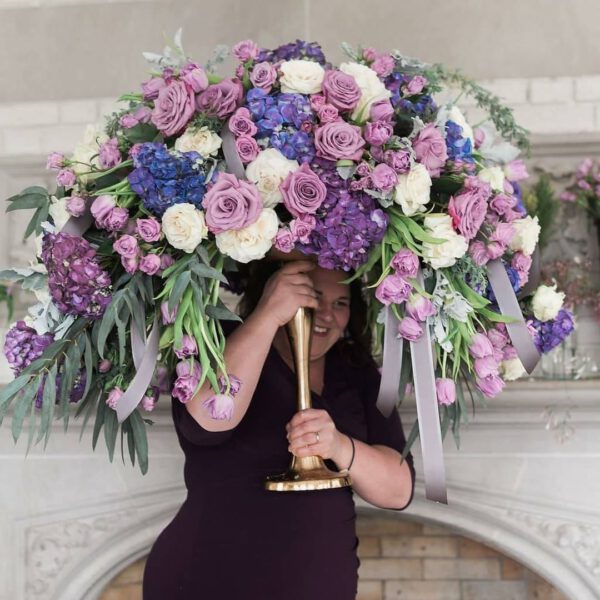 Just as with mimosa, the tulip season also starts around this time of the year. But they are not only popular because of their availability. Tulips are wonderful spring flowers that are both colorful and elegant. This seasonal beauty looks fantastic in a bouquet and is a great option to celebrate International Women’s Day with. One could never go wrong with its just-the-right scent and wide range of color options. 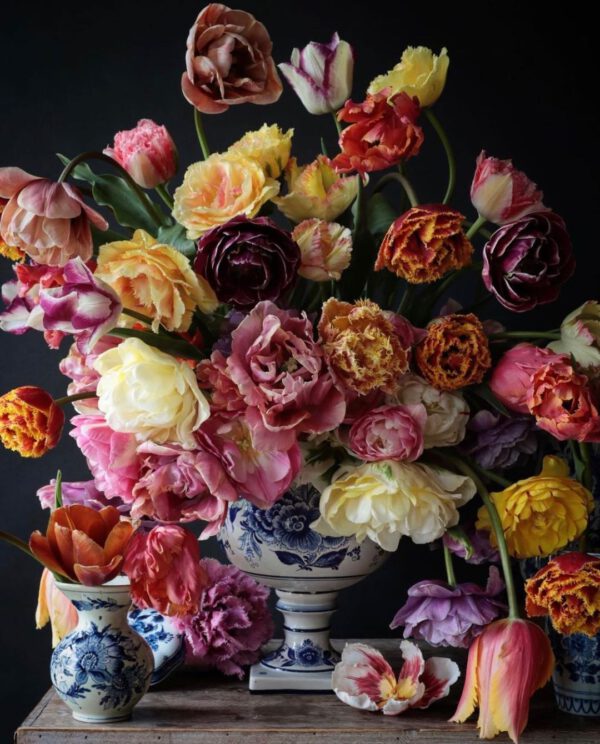 Aside from roses, one of the most popular cut flowers for bouquets is the carnation. Carnations, also known as the ‘divine flower’ based on its Greek name Dianthus, offer an abundance of color options that generally symbolize friendship and respect. White carnations are associated with purity and luck, and pink carnations are often given as a sign of gratitude. Red carnations, not surprisingly, are an expression of pure love. Carnations are immediately recognizable flowers, and they possess a charm and allure that continues to captivate people around the globe. 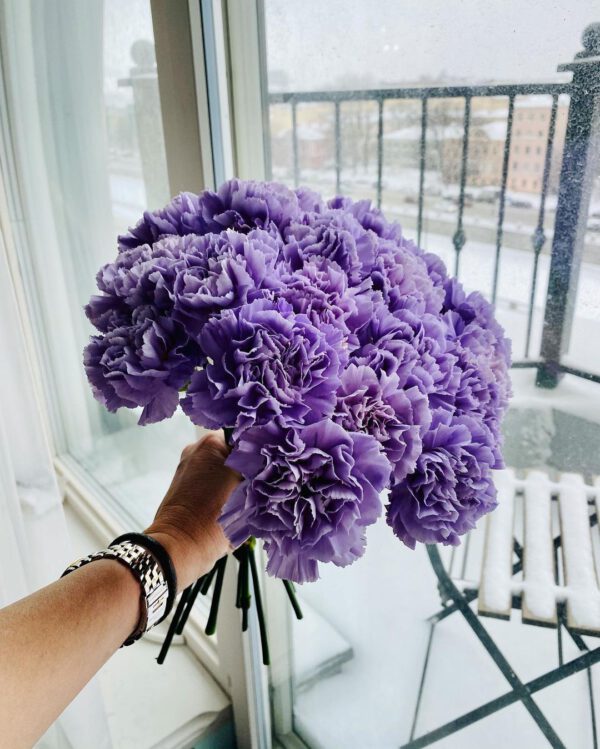 Lilies capture the essence of femininity, making them a glorious and wonderfully fragrant pick for Women’s Day. They most commonly mean devotion or purity, though meaning can vary by type of lily, culture, and color. But because of the Greek myth of Hera and Zeus, lilies are often associated with rebirth, fertility, and motherhood. 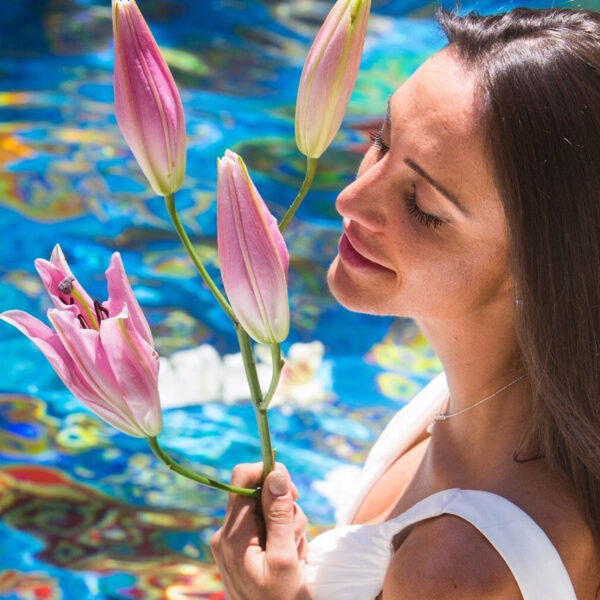 Gerberas, or gerbera daisies, symbolize purity, innocence, and beauty. This sunny and proud flower will definitely brighten up any room. Gerberas are also known for representing adoration and are sometimes called ‘the sunshine of life’, making them an ideal flower to gift on International Women’s Day. 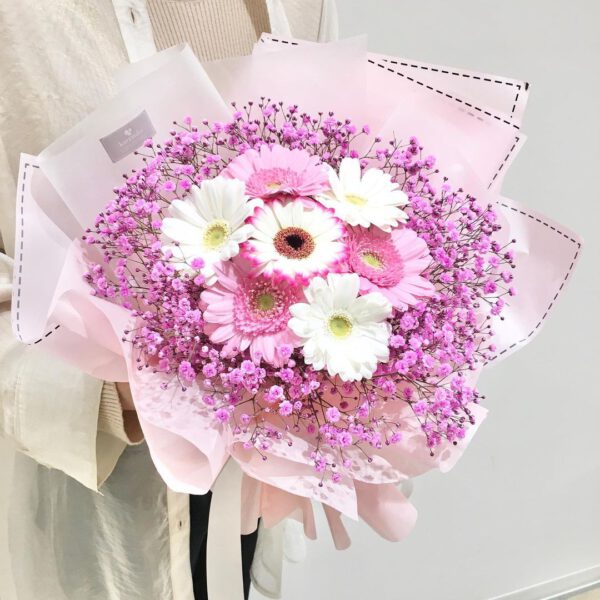 The fragile peony is a fixture in contemporary and classic bouquets. It’s easy to see why – this plant has a fragile, unassuming beauty that lets it steal the show without being overbearing. Peonies have a plethora of meanings. Not only can it symbolize prosperity, good fortune, and happiness, it can also be used to represent honor and compassion. It’s is the perfect flower to gift when you want to celebrate someone’s else success, and let that be exactly why we celebrate International Women’s Day. 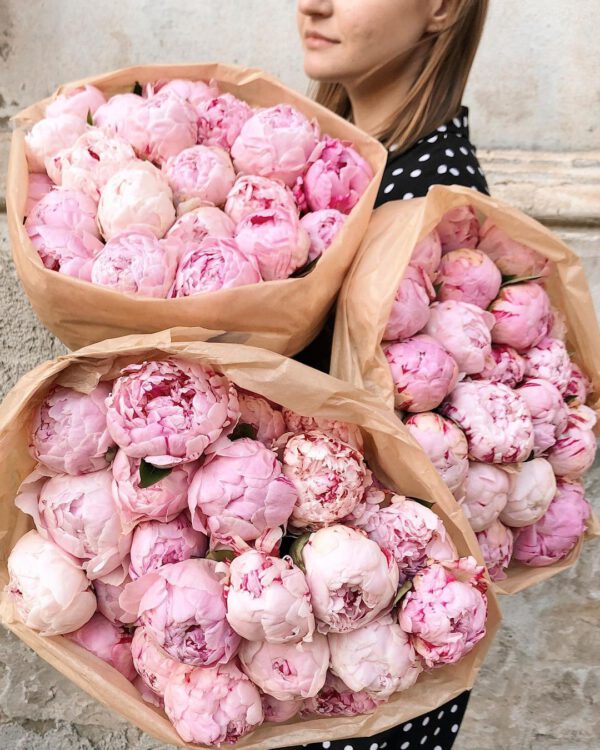 International Women’s Day falls each year on March 8th. This celebration, which brings into focus the plight of women’s rights around the world, has a long and storied floral tradition dating back to its inception in the early 1900s. Here we’ll guide you through the origins, symbolism, and most popular International Women’s Day flowers officially associated with this significant event.

International Women’s Day is a United Nations-recognized worldwide celebration of women’s achievements in all aspects of life from social to economic, political, and cultural. It is also the day that highlights women’s empowerment and a call for gender parity.

The first iteration of the day was in February 1908 when 15,000 women who were garment workers in New York City fought actively against low wages, long hours, and lack of voting rights. To commemorate this historic event, the Socialist Party of America declared the first National Woman’s Day (NWD) on February 28, 1909.

The color purple is officially associated with the day. Originating from the Women’s Social and Political Union in the UK in 1908, where women’s equality is represented by the colors purple, green, and white. The color purple represents all the efforts to attain gender equality. Because of that, celebrations of Women’s Day across the globe frequently incorporate wearing the color purple as a form of support to women.

The campaign theme for March 8, 2021 (International Women’s Day 2021) is #ChooseToChallenge

Gifting flowers on International Women’s Day has become a norm. On March 8, every year, men and women alike express support and appreciation to every woman in their lives. From family and friends to co-workers and those we admire by giving a beautiful selection of floral bouquets.

Although mimosa flowers have special meaning and a part in the history of the long-celebrated holiday, there are other remarkable blooms out there that make the International Women’s Day celebration extraordinary and memorable. In Russia for instance, roses are the favored bloom of choice. Daffodils, tulips, and snowdrops also make exceptional gifting flowers.

Are you planning to participate in this flower-giving tradition for this year’s International Women’s Day on March 8? Here’s a quick flower gifting guide.

The Official Flower of International Women’s Day: The Mimosa Flower

The association of mimosa flowers with International Women’s Day originated in Italy.

The political party UDI (Unione Donne Italiane, the Italian Women’s Union) organized Italy’s first International Women’s Day celebration called Festa Della Donna in 1946. The objective was to fight for the equality of women. On March 8, 1946, members of the UDI chose the mimosa as the symbol of this celebration because it represents strength, sensibility, and sensitivity.

The reason they are the official flower isn’t precisely known – seasonality and abundance during that time of year are considered a factor. Also, the yellow color of mimosa flowers often symbolizes cheerfulness.

To this day, the tradition of giving a bouquet of mimosa flowers to women of all ages is practiced not just in Italy, but in other parts of the world as well.

Although the mimosa flower is the most recognized, other flowers play essential roles in the success of this celebration. Here are some of the most well-received flowers for International Women’s Day:

Roses aren’t just for Valentine’s Day. These flowering shrubs offer a plethora of colors and make an excellent gift for the inspiring woman in your life. Aside from mimosas, roses are also a top choice for the International Women’s Day holiday.

Russia is one of the many countries that celebrate the day to the fullest extent by gifting flowers to inspiring women. As per a report from The New York Times, flower shops in Russia often sell around 150,000 roses every year for International Women’s Day alone. Most flower shops in Russia usually sell that amount over the course of an entire month.

A bouquet of red roses is a sure way to express pure love, affection, and passion. Pink roses convey romance, while white roses symbolize a pure heart. Bright yellow roses are typically are gifted to friends and co-workers as a symbol of friendship.

Like roses, tulips also make an excellent flower for International Women’s Day. This popular spring flower exudes attractive colors and elegant forms that make the holiday indeed a special one. One could never go wrong with its just-the-right scent and wide range of color options.

In some countries, giving red tulips is a declaration of love. Yellow tulips, on the other hand, mean that you are entirely in love.

Peonies are often referred to as the queen of flowers. These flowers, which are native to China, offer lots of colors like red, white, pink, and more. They symbolize romance, good luck, compassion, and prosperity.

Lilies are a symbol of motherhood, passion, and beauty which makes them a fantastic choice for International Women’s Day. Often mixed with roses in bouquets, they showcase the perfect balance between romance and beauty.

Gerberas, or gerbera daisies, symbolize purity, innocence, and beauty. Showcasing a magnificent array of colors, an assorted bouquet of these blooms would undoubtedly brighten up anyone’s day.

International Women’s Day is a day to show appreciation for women you valued the most. Aside from roses, one of the most popular cut flowers for bouquets is the carnation.

Carnations, known as the “divine flower” based on its Greek name dianthus, offer a plethora of color options. Generally, they symbolize friendship and respect. But red carnations, in particular, are an expression of pure love.