At first, what started as a misunderstanding later turns out to be heroic as the three amigos become successful in defeating El Guapo. They refuse any reward in return with a quote from their own movies: “Our reward is that justice has been done”.

We love the catchphrase! Even though they were mistaken heroes, never did the amigos fail in captivating the audience.  New movies might have new concepts, better names, but they cannot beat the charm of the catchphrase we love.

1. “Lucky Day: Wherever there is injustice, you will find us.

Ned Nederlander: Wherever there is suffering, we’ll be there.

Dusty Bottoms: Wherever liberty is threatened, you will find…

Together: The Three Amigos!”

The dialogues of this movie are considered quite savage and funny and are thus popular. One of the most famous dialogue is when El Guapo tests Jefe, asking if he knows what a ‘plethora’ is and discovers later that he doesn’t, after which he tells him, plethora means ‘plenty’. Do use these ‘Three Amigos’ quotes whenever there is injustice!

2. “Jefe: We have many beautiful piñatas for your birthday celebration, each one filled with little surprises!

El Guapo: How many piñatas?

Jefe: Many piñatas, many!

El Guapo: Would you say I have a plethora of pinatas?”

4. “Dusty Bottoms: Time for plan B. Plan A was to break into El Guapo’s fortress.

Carmen: And that you have done, now what?

Dusty Bottoms: Well, we really don’t have a plan B. We didn’t expect for the first plan to work. Sometimes you can overplan these things.”

5. “El Guapo: Are gringos falling from the sky?

[Ned Nederlander falls from overhead and lands with a thud]

6. “Lucky Day: In a way, all of us has an El Guapo to face. For some, shyness might be their El Guapo. For others, a lack of education might be their El Guapo. For us, El Guapo is a big, dangerous man who wants to kill us. But as sure as my name is Lucky Day, the people of Santa Poco can conquer their own personal El Guapo, who also happens to be *the actual* El Guapo!”

Take a look at some of the funniest and savage dialogues from the ‘Three Amigos’ movie and have a good laugh!

9. “Lucky Day: Well, we’re just gonna have to use our brains.

Other girl: Which one is that?”

– Patrice Martinez as Carmen and Other Girl.

Ned Nederlander: [runs over to check] He’s dead, all right.

Dusty Bottoms: How was I supposed to know where he was?

Lucky Day: You were supposed to fire up. *We* both fired *up*. [aside] It’s like living with a six-year-old.”

15. “Mr. Flugelman: It’ll be a cold day in hell when Harry Flugelman lets an actor tell *him* what to do!”

#1. Yeah, acting is very difficult. As much as I love it, and the challenge of it, I’m so often just terrified by it. – Author: Kate Winslet #2. Maintain your health. Be joyful. Do not force yourself to do things you cannot do.”2 – Author: Thich Nhat Hanh #3. I got a way to get through to kids. I try to take that and use that to my advantage. If we work on the kids right now, I’m telling you, they’ll be making less mistakes, the jails will be gettin’ less full. It’s all about what we do with the kids. – Author: Flavor Flav #4. So in a certain sense disintegration may have its advantages. But of course it’s dangerous, horribly dangerous. Suppose you couldn’t get back, out of the chaos … – Author: Aldous Huxley 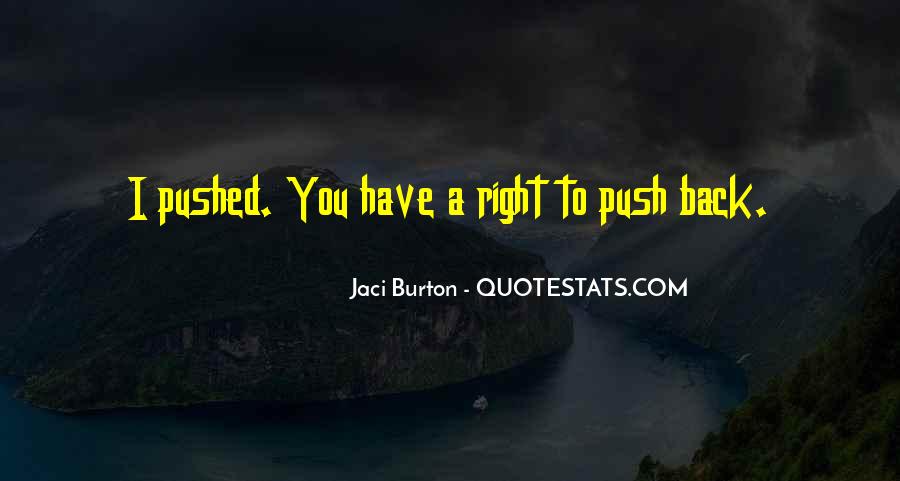 #6. Obama’s an angry guy. He’s got a chip on his shoulder. – Author: Rush Limbaugh #7. I’m a person with a ton of energy who likes to scream and party and rock out. And there are other sides of me that are real serious. – Author: Avril Lavigne #8. You’ll probably die if you stay with me,’ he told me.
‘Then I’m dead either way, because I won’t survive without you. – Author: Julie Hockley #9. I love you, too,’ he whispered, one corner of his mouth lifting into a smile. I grinned back, then kissed him until I felt light-headed and breathless. – Author: Alyxandra Harvey #10. I’ve been captivated by the idea of being on a basketball court and being surrounded by people who made me look a little bit less like a freak. – Author: John Amaechi #11. Famous people like to choose friends who won’t go around repeating their conversations and details about them. – Author: David Sedaris #12. The cloudy weather melts at length into beauty, and the brightest smiles of the heart are born of its tears. – Author: Hosea Ballou #13. In the ’80s, I can’t say that Amy and I were aware of an independent film community. We could only get a certain amount of money for our pictures, which made them low budget movies, but they were distributed through studios. – Author: Griffin Dunne #14. I listen to and I play all kinds of music, and I’m interested in jazz and in bluegrass – I like it all – but Cuban music speaks to me in a certain way. – Author: Andy Garcia One of my favorite comedies is ‘Three Amigos!’ Oh my gosh, me and my brother quote that all the time. — Jason Dolley I really believed that Batman had the potential to be one of the coolest guys in cinema. — Michael Keaton I wonder at the goodness of God, the generosity of my friends, the bounty of my lot. I do not repine. — Charlotte Bronte Your true purpose is to become your own unique self, and to do so with happiness and freedom from fear. — Bryant McGill If you were my child, I would staple you to your bedroom wall. — Myra McEntire the
hardest ones to love are always the ones who need it most.” -Cherise — Sherrilyn Kenyon Congress was just a gray repository that got its OS replaced with each election. — Joshua Cohen Too often man handles life as he does the bad weather. He whiles away the time as he waits for it to stop. — Alfred Polgar Organisations are innovating quicker than ever. Your members need to excel from being a team player to a team builder. — Janna Cachola