I’ve said it before, Cory Matthews is probably the greatest role model for 90s television. If you lived under a rock and didn’t watch Boy Meets World, it isn’t too late.

He and Topanga did their best to set up unrealistic expectations for all of our future relationships. Their group of friends were the definition of #squadgoals.

More than that, they took us along their journey with some of the greatest quotes on television.

2. “I do my thing and you do your thing. You are you and I am I. And if in the end we end up together, it’s a beautiful thing.” –Topanga 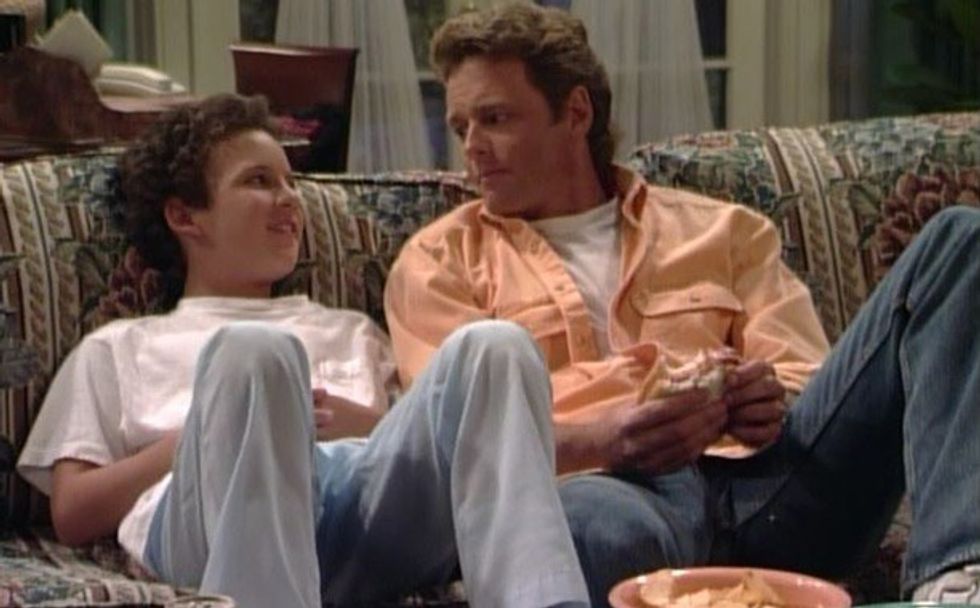 6. “There’s going to be a lot of changes in your life, Cory. It’s not the changes that matter, it’s how you react to the changes. That’s what makes you who you are.” –Eric 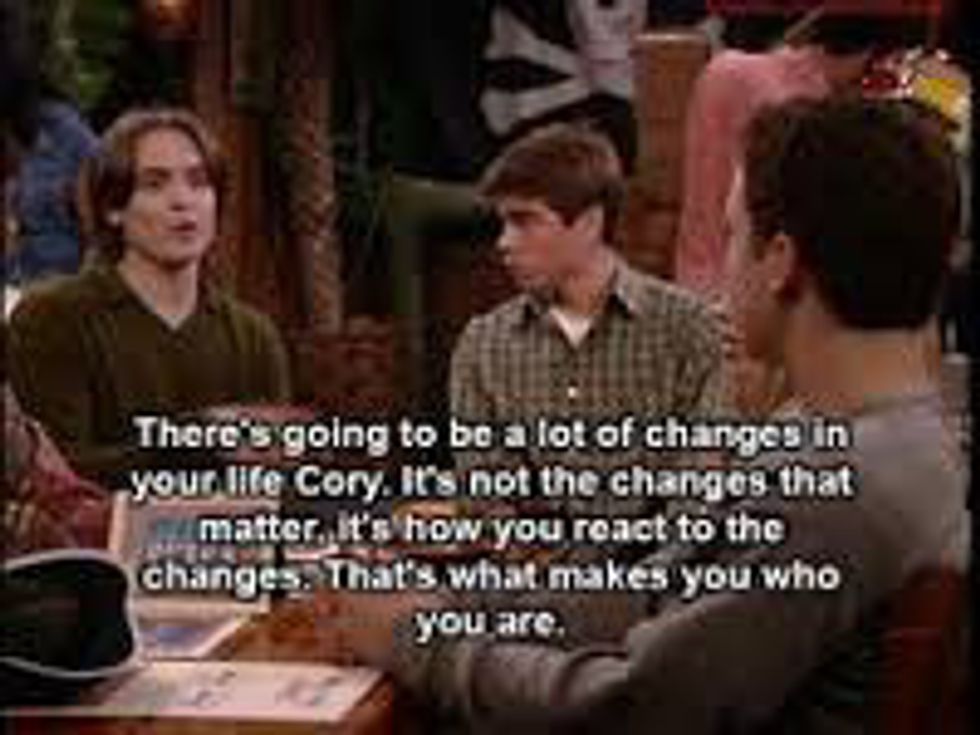 7. “I’m a damsel, but not the distressed kind. One who’s very together and in complete control of her own destiny.” –Topanga 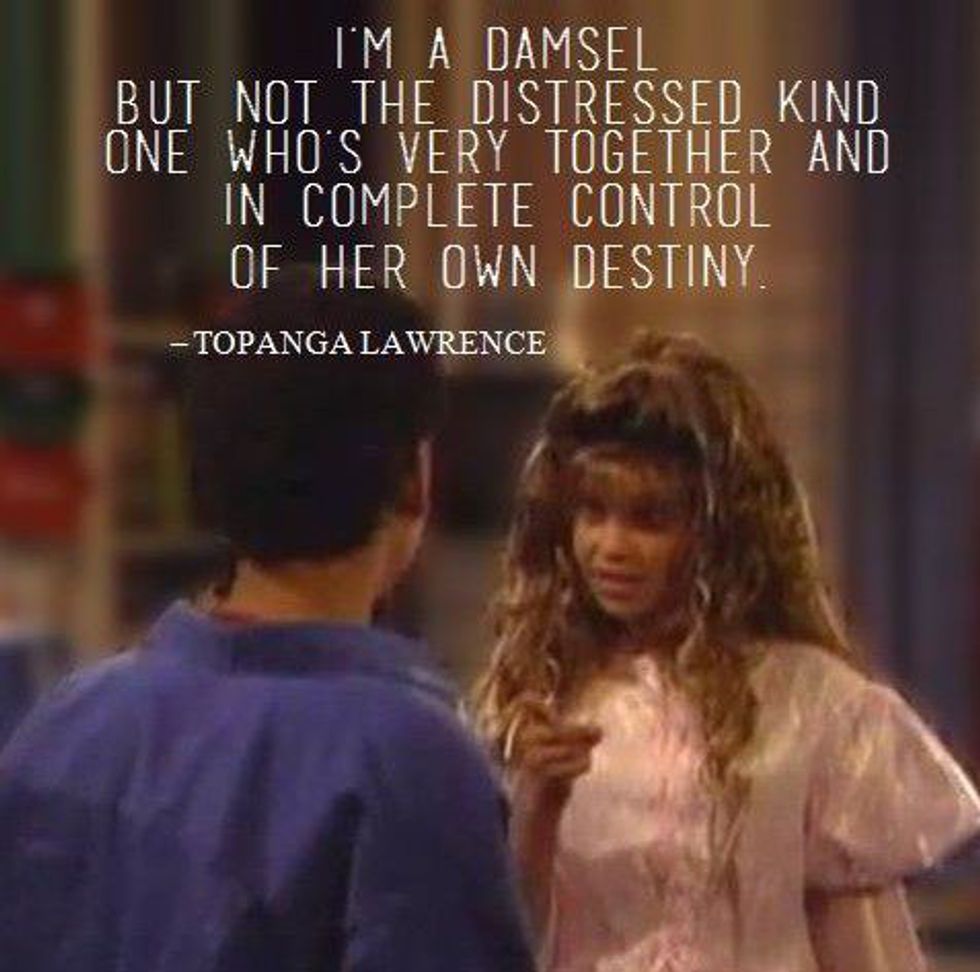 8. “I don’t understand anything about my entire life.” –Cory 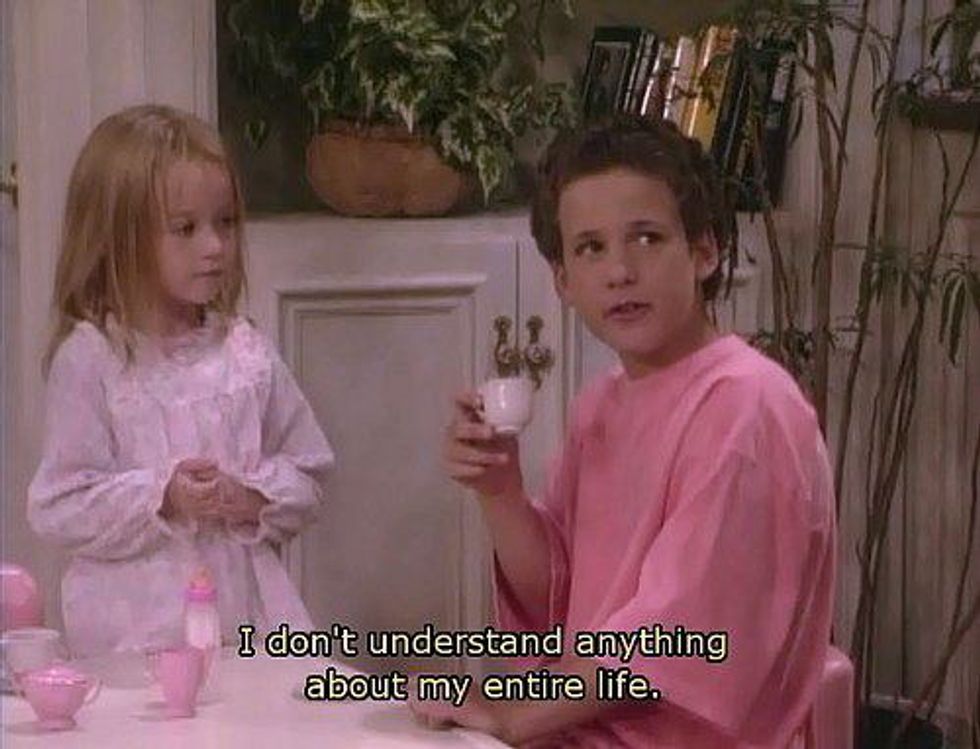 9. “If you let people’s perception of you dictate your behavior you will never grow as a person.” –Mr. Feeny.

10. “Unfortunately we live in a society where they tell us we have to look a certain way so we’re all under pressure to live up to unrealistic expectations.” –Mr. Feeny 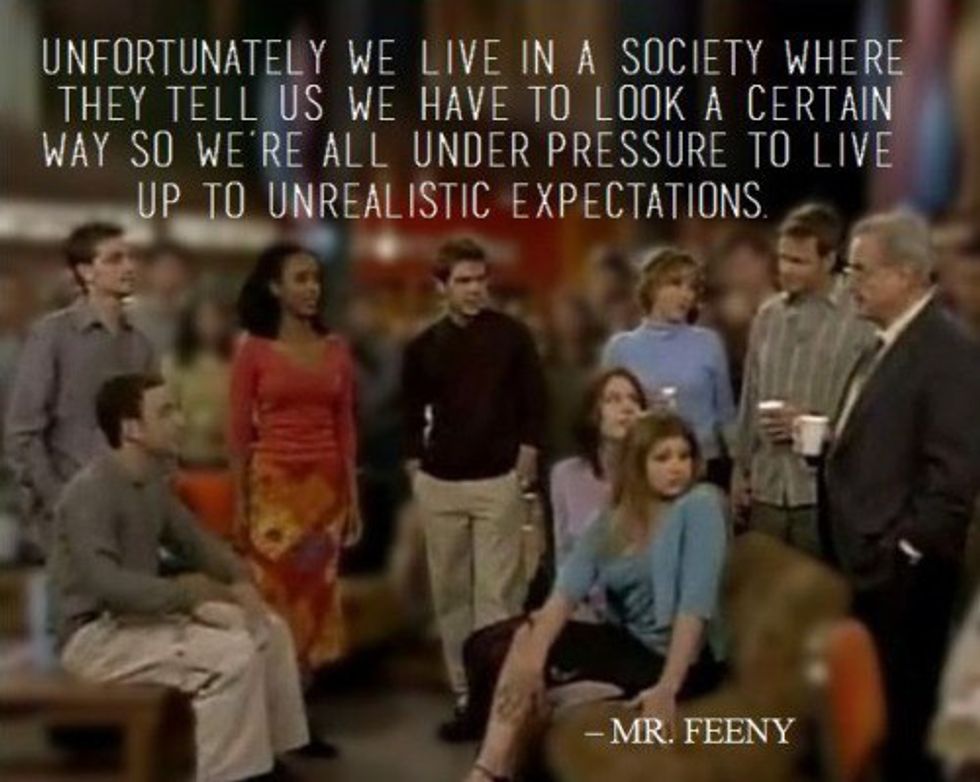 11. “We’re a masterpiece. And I don’t care what you think right now. We’re going to be together forever and I know that, but you still need to find that out. You know where I’ll be.” –Cory 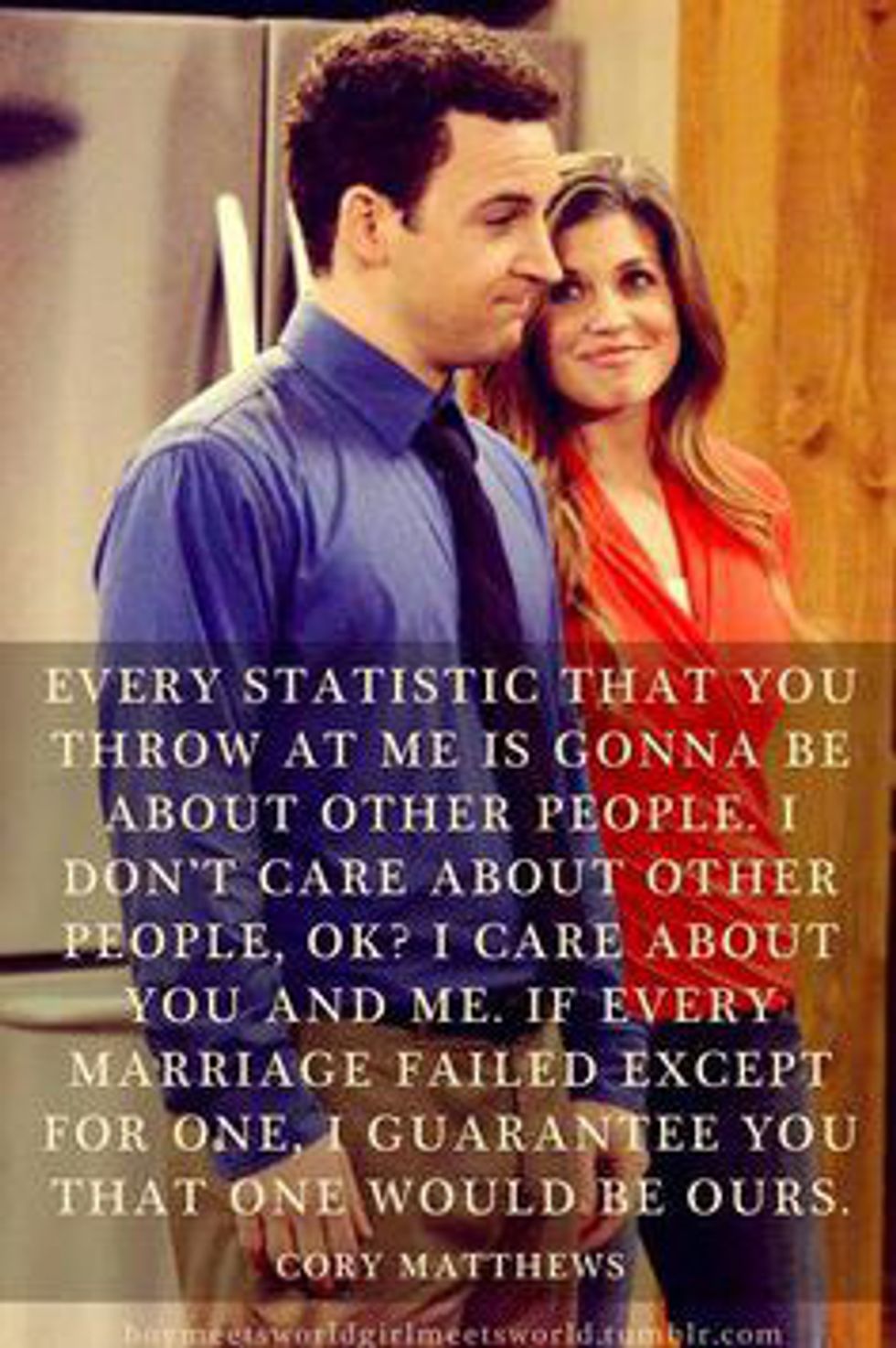 13. “Shawn, this is a hug, OK? And this is when you hug somebody, when you care about them and you want them to know.” –Cory

14. “When I got friends, I can get through anything.” –Shawn 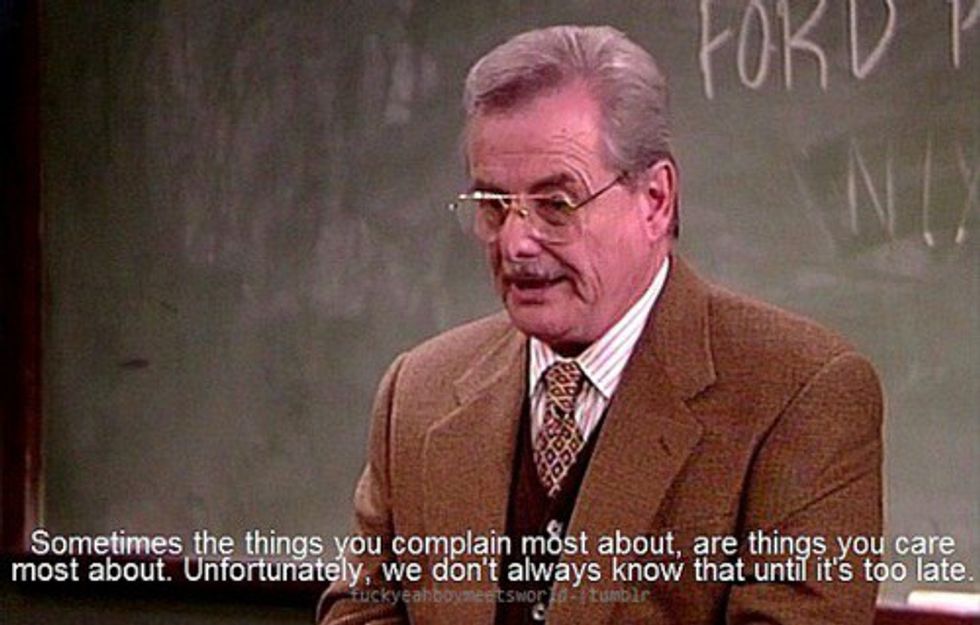 1. When Eric found his true self:

2. And when he found the love of his life:

3. When Shawn learned how to date:

4. When Morgan messed up:

5. When Rachel and Eric were the perfect couple:

6. When Cory and Shawn saw a glimpse into their future:

9. When the Matthews family was playing with water guns and Morgan called 911:

10. When Angela proved she was your favorite:

12. When Eric struggled with modern technology:

13. When they killed Kenny in the Halloween episode:

14. When Eric really had his priorities straight:

15. When Cory got some tough love:

16. When Eric explained the underrated value of ducks:

18. When Amy and Alan were concerned for their son:

19. When Cory revealed how hard it is to make new friends:

21. When everyone played the “find your soap opera name” game:

23. When Cory exposed Shawn and Topanga after the kissing incident: