Collins Dictionary says that a bitch is a “woman regarded as malicious, bad-tempered, or aggressive”. Urban Dictionary defines the term as someone who is “inconsiderate and insensitive”. Not nice, huh?But I prefer Jo Freeman’s version of being a bitch. In her The BITCH Manifesto, a bitch is someone that is domineering, strong-minded and takes sh*t from no one.For me, bitches are those who prioritize themselves. From mundane to life-changing decisions, they care about themselves before anyone else. Bad bitches don’t seek approval and affirmation from others. They only focus on themselves. I don’t know about you, but it sounds like a good life to me. If sometimes people call you a bitch or you regard yourself as an unapologetic badass, there’s nothing to be ashamed of. Own it, embrace it.

Whoever is trying to bring you down is already below you.
– Unknown

She’s not being a bitch.
She’s just less likely to put up with your shit.
– r.h.Sin

I won’t be remembered as a woman who keeps her mouth shut. I’m okay with that.

Being a bad bitch sometimes means speaking your mind even if people won’t like it. Being honest to yourself is so much more important than being liked.

Not your average person

Half Goddess. Half Hell.

I am done explaining myself. My stuff is too crazy for basic people.

A sassy quote for haters

Down to earth. But still above you.

My online dating profile: Crazy and loveable. Damaged but fixable.

Do no harm. Take no shit.

Don’t study me. You won’t graduate.

People don’t just come in my life and stay. They need to earn their spot.

Don’t be afraid to cancel people from your life. Your time is too precious for half-ass people.

A funny quote with a sassy attitude

I am not auguring. I’m actively explaining why I am right.

Go find someone else to feed your ego. I’m busy.

Some people are like clouds. When they disappear, it’s a brighter day.

A motto to live by

May God have mercy on my enemies, cause I won’t.

Forget safety. Live where you fear to Iive. Destroy your reputation. Be notorious.
– Rumi

We are the granddaughters of the witches they couldn’t burn. 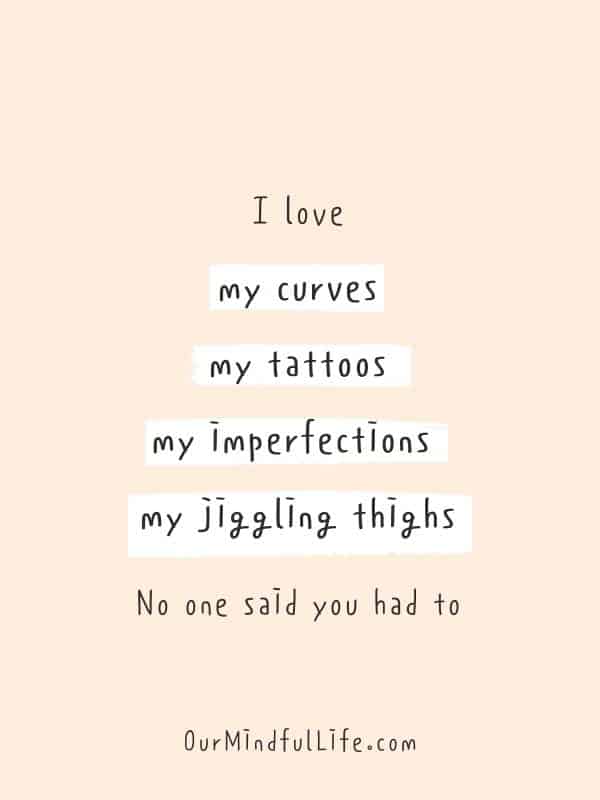 I love my curves, my tattoos, my imperfections and my jiggling thighs. No one said you had to.
– Unknown

When a man gives his opinion, he’s a man. When a woman gives her opinion, she’s a bitch.
– Bette Davis

You’re allowed 5 emotional minutes in the day, then you gotta be a gangsta.
– Unknown

People think that all the doors are opened in front of me, but it was me who pushed them open.
– Coco Chanel

Real badass never waits. They create their own ways.

I survived because the fire inside me burned brighter than the fire around me.
– Joshua Graham

It’s ok to disagree with me. I can’t force you to be right.

I’m tough, I’m ambitious, and I know exactly what I want. If that makes me a bitch, okay.
– Madonna

Find your own purpose

It’s not my responsibility to be beautiful. I’m not alive for that purpose.
– Warsan Shire

If you low-key don’t like me, then I highly don’t care.

Hate me but you are still watching? Bitch you are a fan.

You are either on my side, by my side, or in my f*cking way. Choose wisely.

A woman who won’t bang her head against the wall obsessing over someone else’s opinion.
– Sherry Argov

I stopped waiting for the light at the end of the tunnel. I lit that bitch up myself.
– Unknown

If being self-dependent means I’m a bitch, I’m totally fine with that.

Being both soft and strong is a combination very few have mastered.
– Unknown

I don’t look back unless there is a good view.

If I was meant to be controlled, I would have come with a remote.
– Unknown

I don’t have dreams, I have goals.
– Harvey Specter, “Suits”

We all know someone who speaks fluent shit.

I don’t put up with being messed around, and I don’t suffer fools gladly.
The short version of that is that I’m a bitch.
– Robin McKinley

You should see me in a crown.
– Billie Eilish

Sweet as sugar. Cold as ice. Hurt me once, I’ll break you twice.

If you touch me, I’ll provide you with the opportunity to see if you can heal yourself.
– Richelle Mead

Throw me to the wolves and I’ll come back leading the pack.
– Unknown

They always find a way not just to get things done, but to take themselves to magnificent.

I’ve always done whatever I want and always been exactly who I am.
– Billie Eilish

No matter how much I lower my standards, some people always find a way to go even lower.

Be savage, not average.

I am learning to love the sound of my feet walking away from things not meant for me.
– AG

Just killin’ it as always.
– Unknown

People have a lot to say about lives they’ve never lived.
– Unknown

If someone tells you you’re not beautiful, turn around and walk away so they can have a great view of your fabulous ass.
– Unknown

Rumors are carried by haters, spread by fools and accepted by idiots.
– Unknown

When people tell me “you are gonna regret that in the morning”, I sleep in until noon because I’m a problem solver.

Underestimate me. That’ll be fun.
– Unknown

I think beautiful is like you taking care of yourself.